The rise and rise of issues campaigners 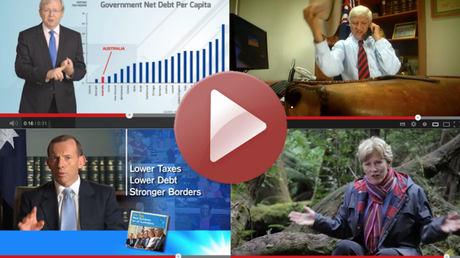 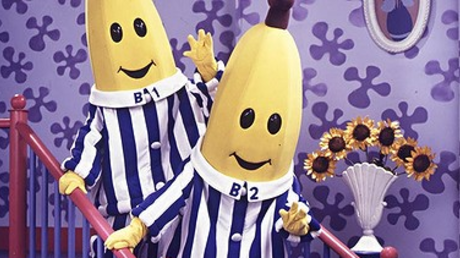 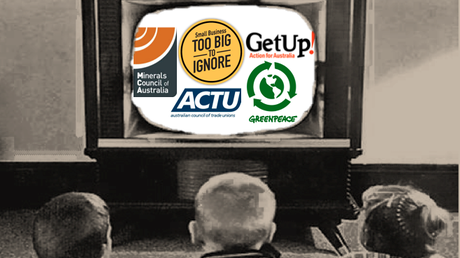 THREE MONTHS out from the 2013 federal election, the Australian Council of Trade Unions (ACTU) and the Australian Chamber of Commerce and Industry (ACCI) had both launched election ad campaigns.

Once these sort of ads would have been seen as highly unusual, particularly so far out from an election.  But in the modern era of election and issue campaigning this sort of activity by non-government organisations (NGOs) has become almost commonplace.

The last seven years has seen the rise and rise of highly professionalized and effective NGO campaigns.  Think ACTU and the Your Rights at Work campaign, the Minerals Council campaign against the mining tax, business groups against the carbon price and disability groups and the NDIS.

These campaigns involved many of the traditional strategies used by advocacy groups.  But they also included many new campaign techniques for NGOs such as hard-hitting TV and digital advertising, highly strategic media and public relations, and digital activism and fundraising.   All were underpinned by market research driven message framing and involved professional advertising, PR and campaign consultants.

So what is the objective of the latest campaigns by the ACTU and ACCI?  And how effective will the new ad campaigns be?

Advocacy groups are using all the campaign tools and techniques that were once the sole preserve of the political parties.

At this stage, it does not appear that industrial relations will feature as prominently in the 2013 election campaign as they did in 2007 when John Howard led the Coalition government.

The Coalition has gone to great lengths to avoid accusations that it is planning a return to WorkChoices type laws.    The industrial relations policy detail it has released to date avoids the most controversial elements of WorkChoices, with the more contentious policy issues deferred until after a Productivity Commission review.

A second difference is that this time around the ACTU is not campaigning against government laws.  Instead it is looking to further strengthen existing protections in law.  It is always easier to campaign “against something” than it is to campaign for “positive change”.

Finally, business groups have not focused their campaign ads solely on IR but have also included red tape, taxation and infrastructure.  Similarly, while the ACTU ads are about industrial relations issues the message is much broader than the 2006 focus on specific IR laws.

The ACTU has launched a multimillion-dollar television ad campaign in a bid to put the spotlight on industrial relations.

The eight-week campaign premiered during a top rating State of Origin rugby league clash.  The ads have some obvious parallels to the ACTU's 2007 Your Rights At Work ads, but also some important differences.

The ads seek to highlight the pressures many workers face from the demands of business, which are impacting their lives outside of work.   They are funded by a $4 million-a-year ACTU campaign war chest that is raised through a $2 levy from each of the two million members of the ACTU's member unions.

The ads depict “everyday situations” faced by working families in insecure forms of work: missing out on an important moment in a child's life because of work commitments; a family unable to get a loan from a bank due to a breadwinner's insecure employment terms; a worker unable to say anything about a problem at work because their boss has too much power.

The ads have been made by The Shannon Company whose campaigns on industry superannuation, workplace safety and water saving are well known.

The ads make a powerful emotional connection and give cause to reflect on the pressures on working families and the potential role of unions in improving people’s lives. Whether the ads will drive more people to join unions remains to be seen.

Unlike the 2007 Your Rights at Work ads, the objective of the new ad campaign is for ordinary workers to see the benefits of joining a union.   The ads make no reference to the upcoming election, specific government policies or those of the opposition political parties.

The Australian Chamber of Commerce and Industry has also launched an ad campaign to promote issues that are important to small business in the lead up to the federal election.

The latest stage in the “Small Business Too Big To Ignore” election-related campaign focuses on the top issues that small business has identified as critical:

ACCI has developed short ads for the first three of these issues.   Like the ACTU, ACCI has moved beyond a narrow focus on workplace relations laws.

In a sign of how far modern campaign thinking has come, this campaign involves a peak business body trying to mobilise a grass roots campaign by businesses.    This sort of campaign would have been hard to organise and almost certainly a flop before the advent of online campaigning.

After all, small business owners may have strong views on issues, but they are hard to organise and are not known for their political activism.   Yet in the first 75 days of this campaign ACCI has managed to gather a very respectable 30,000 online supporters.

The campaign ads are a lot more convincing than the campaigns that have been run by business groups in past elections.  As the 2007 ads show, business groups have sometimes failed in their campaign efforts because they have painted a caricature of the modern workplace, have been overly reliant on “expert evidence” to make their case, and have failed to deliver an easily understood persuasive message.

The latest ads use real small business people to help tell the human story about the problems facing small business employers and employees.  The ads have an authenticity to them that some previous business group campaigns have lacked.  The target audiences for the ads are the owners and senior managers of Australia’s two million small businesses.

The ACCI ads are not as well made as the ACTU ads and are not as emotionally hard hitting.  Nonetheless, they speak to their target audience and mark a significant improvement on past efforts.  The challenge for ACCI will be whether it can convert this campaign into tangible policy wins for its members.

WorkChoices versus Your Rights at Work

The Your Rights at Work campaign run by the ACTU against the Howard Government’s industrial relations laws ushered in a new era of NGO advocacy in Australia.  It was the first campaign to effectively utilise the full repertoire of modern campaign strategies to drive the political agenda.

This included a highly effective series of national television ads.  The most memorable featured a distressed woman, known as “Tracy”, being ordered into work by her boss when she was meant to be looking after her children at home.

The ads are credited with nearly doubling opposition to the Howard Government’s Workchoices laws to 64%.

The government and business group ads were widely viewed as having failed.    The ACTU ads focused on the loss of individual “workers rights” while the business group ads focused on excessive “union rights”.  The business group ads portrayed a business being overrun by union thugs, hardly an everyday occurrence in modern workplaces.   The ads may have played well among business leaders, but they did not move voters.   Polling showed IR was the second most important issue in the 2007 election and the biggest vote-changing issue for swinging voters in marginal seats.

The ads may have played well among business leaders but they did not move voters.

While the objective of the ACTU and ACCI ads is clear, it is still to early to say whether or not they have been effective.  One thing is certain, these are not going to be the last we will see from the ACTU and ACCI before the election.  And we are also going to see further ad campaigns launched by other NGOs ahead of election day.   In the modern election campaign, advocacy groups are using all the campaign tools and techniques that were once the sole preserve of the political parties.