Trust me: I'm a politician 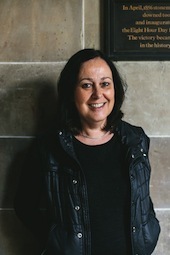 Australian voters have always had a keen eye for a hypocrite.

From the earliest days of responsible government, we’ve worried about the sincerity of our representatives. Politicians might talk about public service but their actions belied such claims. Motivated by self-interest, they hid their true selves from voters. ‘As a class’, Australian politicians were insincere.

Individual politicians were another breed. They could be revered, even loved, for their sincerity.

Percy Stewart, the member for Wimmera from 1919 to 1931, earned himself a monument that stands today. Engraved on the monolith are the words ‘In Sincerity, unexcelled’.

Politics is a form of performance, even for someone like Stewart. But his performance had an authenticity to it that other politicians struggle to achieve. How this authenticity developed and endured holds valuable lessons for today’s politicians.

First, Stewart restricted his performances to parliament. Around his constituents he could afford to be himself because he was, in most respects, just like them. Just like them, he’d drifted a little before settling in the Mallee. Just like them, he’d struggled to earn a living from the district’s challenging soil. And just like them, he was fiercely independent. A Country Party Member, Stewart was unafraid to support the Labor Party whenever he agreed with their policies. Not for him the slavish compliance to party discipline.

Second, Stewart’s sincerity was reinforced over time. When he died in 1931 he’d represented his constituents for more than a decade. In those years, he never faltered. There were no financial scandals, no hobnobbing with the rich and powerful, and no compromise with the party machine. Even his early death fed perceptions of his unusual sincerity - his advocacy for his constituents seen as a form of self-sacrifice.

There’s something of the Percy Stewart about Tony Windsor. His refusal to toe the National Party line underpins his constituents’ enduring support, despite his decision to help Labor form government. The sincerity of his explanation for that decision – that it was in his constituents’ best interests – was accepted with little question. Over two decades, Windsor built a reservoir of trust that enabled him to withstand the problems such a decision might cause. When other politicians weep, they’re mocked. Windsor’s emotion on announcing his retirement made him more respected than ever.

Contrast this to the high profile Liberal MP Malcolm Turnbull on a recent episode of Q&A on the ABC. Struggling to defend policies everyone knows he doesn’t support, he squirmed visibly. ‘Who’s the real Turnbull?’ viewers wonder, the Turnbull who supports action on climate change or the Turnbull who supports a party leader who thinks climate change is ‘crap’. Could he really be so insincere?

Of course, the absence of sincerity is not confined to the Coalition. The former Prime Minister Julia Gillard had her own demons to grapple with in this respect. And, although I would argue that anxieties about the sincerity of politicians and their motivations for seeking power are nothing new and are, in fact, inherent in the relationship between politicians and voters, there do seem to be shifting circumstances that make it more difficult than ever for politicians to convince the electorate that they mean what they say.

So what’s changed? Well, the politicians for a start. Fewer of them match their constituents as closely as Stewart did. And these days they’re more nervous. With a voracious press ready to pounce on the slightest inconsistency, politicians are terrified of making a mistake. It’s hard to be yourself under such pressure.

Voters have changed too. Better educated and better informed, they can spot a phoney at ten paces. The rise of the celebrity politician does nothing to aid the credibility of politicians as a class. One commentator recently advised politicians to be themselves, giving the ABC’s Kitchen Cabinet as an example of the kind of self-promotion politicians should aim for.

I’m not so sure about this. Annabel Crabb’s performance as a fifties’ housewife with a wicker basket and a perky smile screams fake. The settings are pretty, the light diffused, the dining tables perfectly art-directed. But voters aren’t fooled. They know that reality television is anything but. They know all about cuts and edits and selective framing, they can do it themselves on their phones!  By placing individual politicians so firmly into celebrity culture, such programs are more likely to increase the gap between politicians and voters than to narrow it.

It’s back in the constituencies where trust can be rebuilt. Voters might despise politicians as a class but many still admire their local Members. As I say in my book, it’s perfectly rational to mistrust someone you’ve never met, especially if your only experience of them is through closely managed doorstops, infantile displays in parliament or the rose-tinted spectacles of reality TV.

It’s much harder to mistrust people when you can look them in the eye. Then it’s not just about what they say, it’s about how they say it. It’s less mediated and more honest: no apparatchiks, no audience to perform to, and no soft lenses to get in the way. And it’s even easier to trust them if you have regular contact over weeks, months and years. That’s when you start being able to judge their sincerity.

But this kind of judgement takes commitment and it takes time. It means voters engaging with politics outside of the election period. It means more face to face meetings, more discussion and more debate. It means getting politicians out of Canberra and back into their electorates. Perhaps, one day, it will mean a virtual parliament. And it certainly means slowing down. We’re all familiar with the trend towards slow food. Maybe it’s time to think about a slow, or slower, politics, too.

More about Trust Me