The economics of the asylum seeker debate 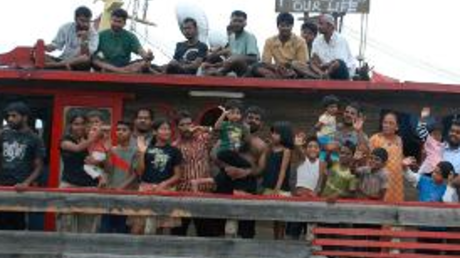 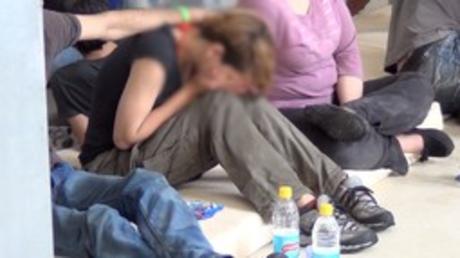 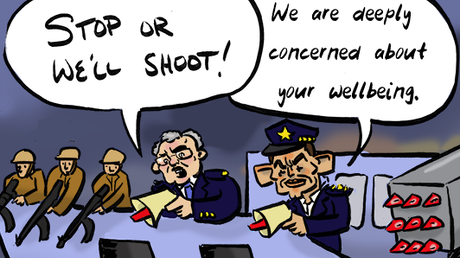 On the 19th of July this year, two weeks before the election date was announced, the Prime Minister Kevin Rudd introduced the so-called 'PNG Solution' whereby asylum seekers arriving by boat without a visa will be processed and, if found to be refugees, will be resettled in Papua New Guinea.

Policies of this kind have not been without precedent. The Coalition Government led by John Howard introduced the so-called Pacific Solution, whereby asylum seekers attempting to reach Australia by boat were taken to Nauru or PNG's Manus Island to have their claims assessed. Under the Labor government led by Julia Gillard, the so-called Malaysia solution - which was eventually struck down by the High Court - was to transport asylum seekers to Malaysia for processing.

The cost of the 'PNG Solution'

In February this year - before the 'PNG Solution' was announced - the Department of Immigration estimated that the cost of running immigration detention centres would be $2.124 billion, a rise from recent years reflecting both the increase in arrival numbers and the greater cost of administering detention centres in Nauru and Manus Island than in mainland Australia.

The estimate represented the cost of leasing the accommodation necessary to run detention centres, as well as staff costs, aircharters, interpreters and health services. It did not include capital expenditure – the cost of constructing new detention facilities. All up, the Department says that over the next four years, setting up and running Nauru alone will cost $1.9 billion.

There are also associated lost opportunity costs with the 'PNG Solution'. For example, if asylum seekers were processed on the mainlaind, it has been suggested that initial detention could be limited to one month to allow for preliminary health and security checks, after which interim visas could be granted to allow work in regional or rural towns.

The savings produced by this alternative could free a couple of billion dollars a year (roughly costing $30,000 per person per year allowing for generous administrative overheads) which could otherwise be spent on public housing, hospitals, infrastructure and tertiary and secondary education. There are an estimated 96,000 unfilled fulltime agricultural jobs that asylum seekers could fill, and even if asylum seekers stayed on welfare benefits, they would still spend those benefits on rent, food and clothing to the benefit of the economy of the town where they live.

Australia's Foreign Minister Bob Carr recently claimed that the majority of asylum seekers from Iran were economic migrants. However Professor William Maley, Director of the Asia Pacific College of Diplomacy at the Australian National University claims it is “virtually impossible” for Senator Carr to know this, since the Immigration Department stopped processing asylum applications for boat arrivals a year ago.

The government’s rhetoric on economic refugees as distinct from, and somehow less deserving than, genuine asylum seekers is neither productive nor informed. A person can flee a country for economic as well as religious, political or ethnic reasons. Being middle-class does not preclude you from seeking asylum.

Secondly, the UNHCR Handbook on Procedures and Guidelines for Refugee Status Determination has noted that the distinction is “sometimes blurred” – “Behind economic measures affecting a person’s livelihood there may be racial, religious or political aims or intentions directed against a particular group…what appears at first sight to be primarily an economic motive for departure may in reality also involve a political element”.

Not understanding the “business model”

The Rudd government proudly claims that the 'PNG Solution' is cracking the “business model” of people smugglers. But a parliamentary research paper on this “business model” provides that “there is no authoritative definition of…’business model’…it is rarely explicitly defined.” This is amusingly backed by: “Managers interviewed on the topic for one study admitted they had never tried to define the term before or could not explain it clearly”.

Recent events suggest that people smugglers are well on their way to foiling the PNG solution – by flying asylum seekers into Australia on fake tourist visas. Once they have landed and before they pass through border control, they are told to destroy their passports and claim asylum to the first official they met. The loophole is that the PNG arrangement only applies to irregular maritime arrivals, which excludes entry by plane.

If the government’s aim is truly what the rhetoric makes out, then their vehement efforts to remove the products that people smugglers are selling, only seems to introduce a new “business model” which further harm the victims of people smugglers.

Anne McNevin, Lecturer in Politics and International Relations at Monash University, explains that the Government’s policy is focussed on deterrence – how to stop the boats – rather than why the boats are coming in the first place. People smugglers are selling the hope of resettlement, yet deterrence does not distinguish this hope but simply delays salvation and exacerbates suffering before protection is granted. Deterrence also undermines any regional solution for asylum processing and protection. If Australia outsources its international obligations to countries like PNG then there is no reason why developing Pacific states will commit to an equitable distribution of protection obligations for asylum seekers.

Ms McNevin argues that the government needs to identify the true product people smugglers are selling and then break the market for that product.

The second way is to make protection available for those who genuinely need it and hence remove the middle-man role of people smugglers. But it also requires political goodwill and cooperation between states. Real protection has non-excludable benefits. If one country offers it in the Pacific region, all the boats will arrive there and the other countries will benefit from that country taking all the responsibility and burdens, though in the long run it is also unsustainable. True commitment to stopping the boats means developing a long-term, united agreement to share the responsibilities of protection within the region, it does not mean a short-term solution focussed on deterrence.