How voting for equity will make life better 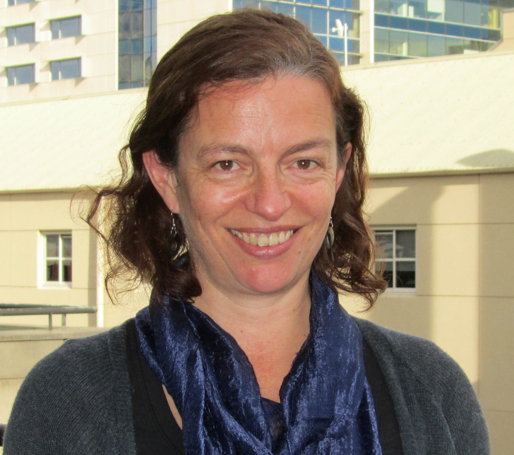 SATURDAY'S ELECTION provides a good opportunity to pause and ask ourselves what kind of society we want to live in. The decision we make will impact both our lives and that of our children as they develop into adults and become tomorrow’s decision-makers.

At times, real policy messages can get lost in the noise of the election campaign and we are left thinking that the only rational option is to vote for selfish reasons.

But what if living in a society in which some of us are much better off than others is actually bad for all of us – even those of us who are most privileged?

The problem with inequality

This is not just because less egalitarian societies have more poor people, whose health and social outcomes pull down the average. Even the relatively wealthy in more unequal societies (such as the United States) do worse than others with similar levels of income living in societies with a more even spread of wealth (such as Scandinavian nations).

In Australia, rising average incomes over the last three decades have been accompanied by increases in inequality. Although polls suggest that voters’ greatest concern is the economy, research shows that beyond a certain level, increases in a country’s wealth are not associated with increased health, happiness or longevity for its people.

This is not only true for adults, a UNICEF report looking at the well-being of children in wealthy countries draws a similar picture.

This idea underpins much of our focus on inequalities within child public health research; social and economic inequalities will determine future economic status, educational achievement, and social inclusion of children.

So, what are the implications of an “equity lens” for considering the array of policies presented to us as the federal election looms? If inequality is bad for all of us, how should we weigh up the major parties' offerings on disability support, paid parental leave, same-sex marriage, and asylum seekers?

Some policies appear to be moving in the right direction. DisabilityCare Australia (the National Disability Insurance Scheme) for example, is a significant policy that has bipartisan support.

At present, the level of support a person receives depends on the state in which they live, whether their disability is congenital or acquired, and how it is acquired.

When fully rolled out, DisabilityCare will result in funding being allocated directly to an individual or, in the case of children, their parents or legal guardians, to provide the support necessary to meet their needs.

While the implications for equity will ultimately be determined by how services are delivered, the policy ensures assistance for a far greater proportion of families dealing with disability.

Paid parental leave is an international indicator for child health and well-being. So how do the major parties’ schemes measure up?

Much of the Labor party’s criticism of the Coalition’s more “generous” plan to provide women on salaries of up to A$150,000 with 100% of their income for six months focuses on its affordability. Perhaps the more concerning issue is its impact on equity.

Many of the most disadvantaged families in our society – those with parents not in paid employment, or in insecure, low-paid, intermittent, or casual jobs – may be worse off than under current arrangements. This is particularly so if the baby bonus (the A$5,000 to which they are now entitled) is reduced or abolished to fund the new scheme.

If paid parental leave is intended to provide children with the best possible start in life, then surely we need to ensure that its provision does not widen the gap between rich and poor.

Marriage equality is an area of contrast between the two major parties. Although the Labor party changed 85 pieces of federal legislation in 2008 to bring “equality” to same-sex parented families, the negative rhetoric and lack of leadership from both sides of politics (until Kevin Rudd’s very recent declaration of support for same-sex marriage) has a significant impact on same-sex attracted parents and their families.

In fact, stigma resulting from inequity is linked to poorer child health outcomes. Although children with same-sex attracted parents are generally doing well, a lack of equitable recognition by politicians is an ongoing source of disadvantage.

It can be difficult to keep up with the shifts in asylum seeker policy as the major parties vie with each other to be seen as the most “hardline” and more capable of “stopping the boats”.

Important human rights arguments and international legal obligations aside, what are the implications for global equity of reducing foreign aid to pay for ever more expensive policies of deterrence?

In the national context, we are spending billions of dollars annually on off-shore processing of refugees. The same amount of money could provide better and more productive settlement outcomes for many more refugees in Australia. And there would be funds left to contribute to high-quality government education, health care, and public transport for all of us.

We also now have policies whereby asylum seekers “lucky enough” to be living in our community rather than detained, are denied the right to work or be reunited with other members of their family. What kind of under-class are we creating, and how will the children growing up in those families experience the future?

Typically, concern with social justice is associated with the political left. And it appears to be something we’re all too ready to jettison for the supposed benefits of greater economic growth.

But if inequality is bad for all of us, then it’s actually in our own self interest to prevent it. And it certainly is in the interests of our children for us to consider the impact of policies on social equity when casting our votes this weekend.