Peter has also previously worked as senior public servant as Director of Workplace Innovation in the Victorian Department of Industry, Innovation and Regional Development, and has undertaken commissioned research for both state and commonwealth governments on areas related to employment relations, regulatory arrangements to support workplace innovation, and the consequences of various regulatory labour market reforms.

He is currently a member of the editorial Advisory Board for the Journal of Management Studies. Between 2009 and 2012 Peter was also editor-in-chief of Labour and Industry, the official journal of the Association of Industrial Relations Academics of Australia and New Zealand. 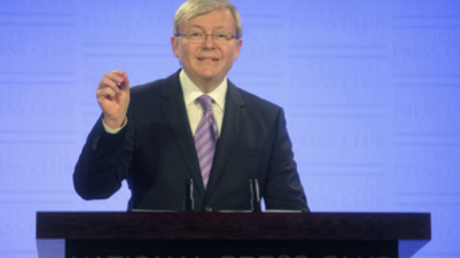 Rudd's “new agenda” speech is an attempt to to reach out to key constituencies: marginal voters, the major employer groups, unions, and small business.
Peter Gahan